Super Nintendo games are on the Switch, hooray! The timing is a bit bad for me, since I have so many new games to play with the holiday season fast approaching (and I’m still putting a lot in the time-sink that is World of Warcraft Classic). But I’m still sneaking in some time before bed to spend with those classic 16-bit games.

And do you know which one I’ve been playing the most? No, it’s not one of those all-time Nintendo greats like Super Mario World, The Legend of Zelda: A Link to the Past, or Super Metroid. I’ve been playing Demon’s Crest, and I’m loving it.

Demon’s Crest is a 1994 2D action-platformer from Capcom. It’s a spinoff of the Ghosts ‘n Goblins series. But this a different experience. While Ghosts ‘n Goblins is an unforgiving, linear sidescroller with stiff jumps, Demon’s Crest is about exploration. It’s also a much easier time. You have several health points that let you take multiple hits before dying, forgiving checkpoints, and no lives or continues. If you die, you can keep trying from the last checkpoint as much you like.

I’ve wanted to play Demon’s Crest for a long time. I never even heard of this game when it came out. I only became aware of it a few years ago. That was around the same time I got serious about building up a retro games collection. I would be able to find every console and cartridge I was looking for through local second-hand games store (no eBay — that’s cheating). Only one has alluded me: Demon’s Crest.

That’s why I was so happy when Nintendo revealed that it would be a part of the first wave of SNES games on Switch. I could finally play Demon’s Crest! And it’s been worth the wait.

Demon’s Crest is kind of like another Capcom SNES classic, Mega Man X. You can tackle levels in almost any order you want, and you gain new abilities and power-ups as you defeat levels and find secret areas. These, in turn, give you a reason to go back to old stages and discover new sections that you can access with your new powers. 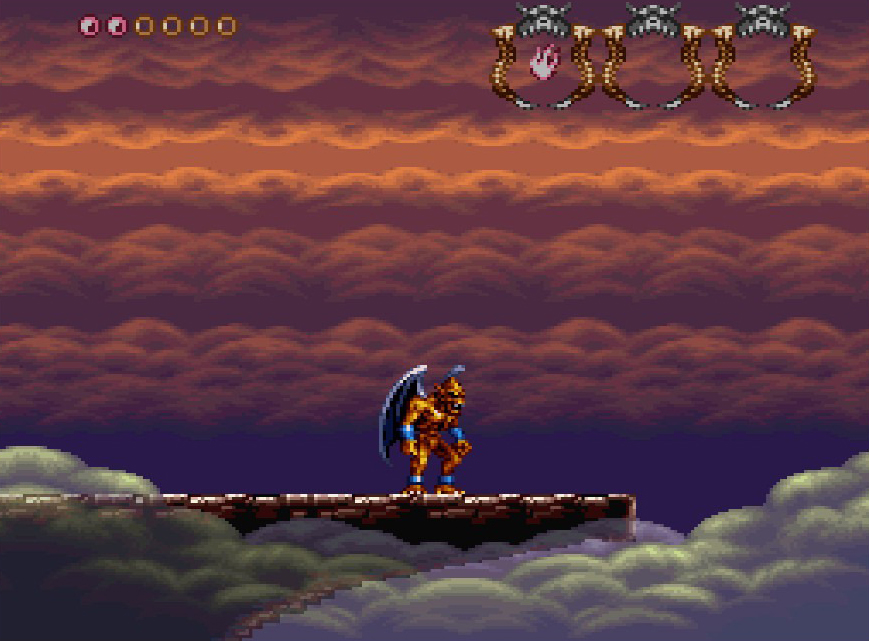 Demon’s Crest encourages exploration even more than Mega Man X. In Mega Man X, every level is mostly linear with a few hidden rooms littered throughout. Stages in Demon’s Crest still have those secret chambers, but most levels also have multiple paths, each with their own boss waiting for you at the end. You aren’t just going back to old areas to find some extra health, but you could be going to an old stage to find the next major boss.

The power-ups are a lot of fun. You gain access to a bunch of different forms, each with their own abilities. Even your default gargoyle form lets you fly (OK, it’s more like floating, but it rules). Other forms can do things like break certain blocks, let you charge at and destroy statues, or create platforms that you can use to jump off of and reach new areas. Finding all of these power-ups and learning when to use each is a big part of the fun.

This is also one of the best-looking games I’ve ever seen on the SNES. The backgrounds are gorgeous (just look at that sunset sky above), and the enemies have that classic Ghosts ‘n Goblins gothic look while also showing more character and detail.

Even the way you pick your stage stands out. You know how the SNES had Mode 7? That’s what makes it possible for the system to layer a 2D image on a scrolling plane. This is it makes things like those airship sections from Final Fantasy VI or the rotating room in Super Castlevania IV. Well, Demon’s Crest uses to have you fly around and discover stages. You then land where you want to go. 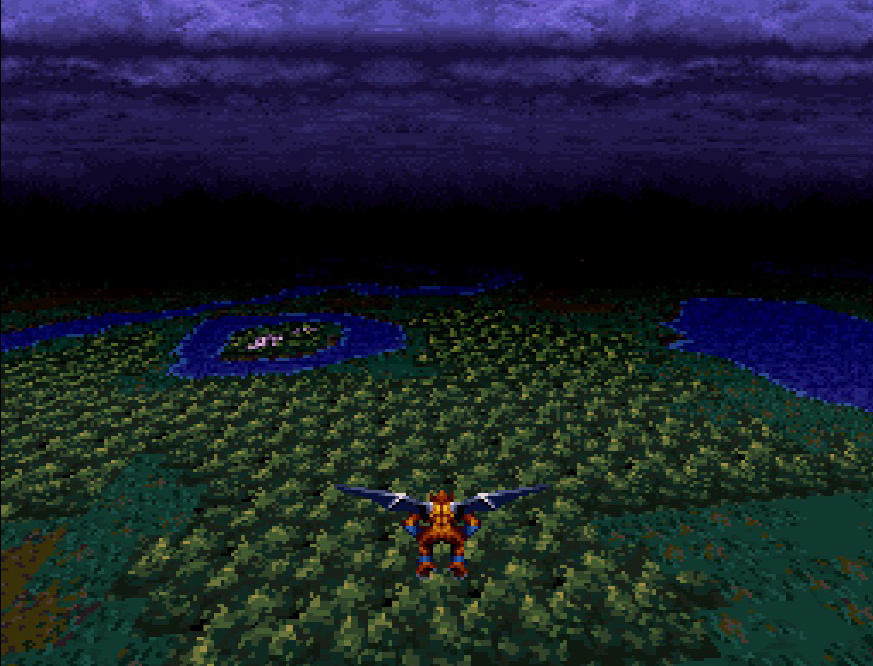 Above: That’s a heck of way to select your level.

I’m thankful this game is so forgiving, too. Look, I’m usually all about hard 16-bit games, but even I admit that the Ghosts ‘n Goblins series is a bit much for me. I never get through more than a couple of levels before getting tired of all that dying. But Demon’s Crest is generous with infinite lives and checkpoints. And even if you are having a hard time, you can just leave your current level and try another one. Chances are you’ll discover some upgrades and power-ups that will make that section you were struggling at easier.

If you’re playing SNES games on your Switch, don’t just stick with those classics that you’ve already beaten several times. Demon’s Crest deserves your love. This is one of Capcom’s best games for the system, and I’m thrilled that I’m finally able to play it.

The RetroBeat is a weekly column that looks at gaming’s past, diving into classics, new retro titles, or looking at how old favorites — and their design techniques — inspire today’s market and experiences. If you have any retro-themed projects or scoops you’d like to send my way, please contact me.