Putting the Earbuds can be a simple affair, depending on how you choose to do it. On my first attempt, I simply stuck them into my ears, and they sat in there fine. But then a Microsoft rep at the demo area suggested I try putting them in with the bud pointing down first, then twisting them up (or anticlockwise) once they were in my ear for a more secure fit. It’s kind of like turning a key in a lock — your ear being the locks here and the Earbuds being the keys.

I’d recommend doing it the way Microsoft said, because after I did that the earphones felt more snug in my ear and didn’t budge even after I vigorously shook my head and jumped up and down like the frenzied person I tend to be at busy events like this. 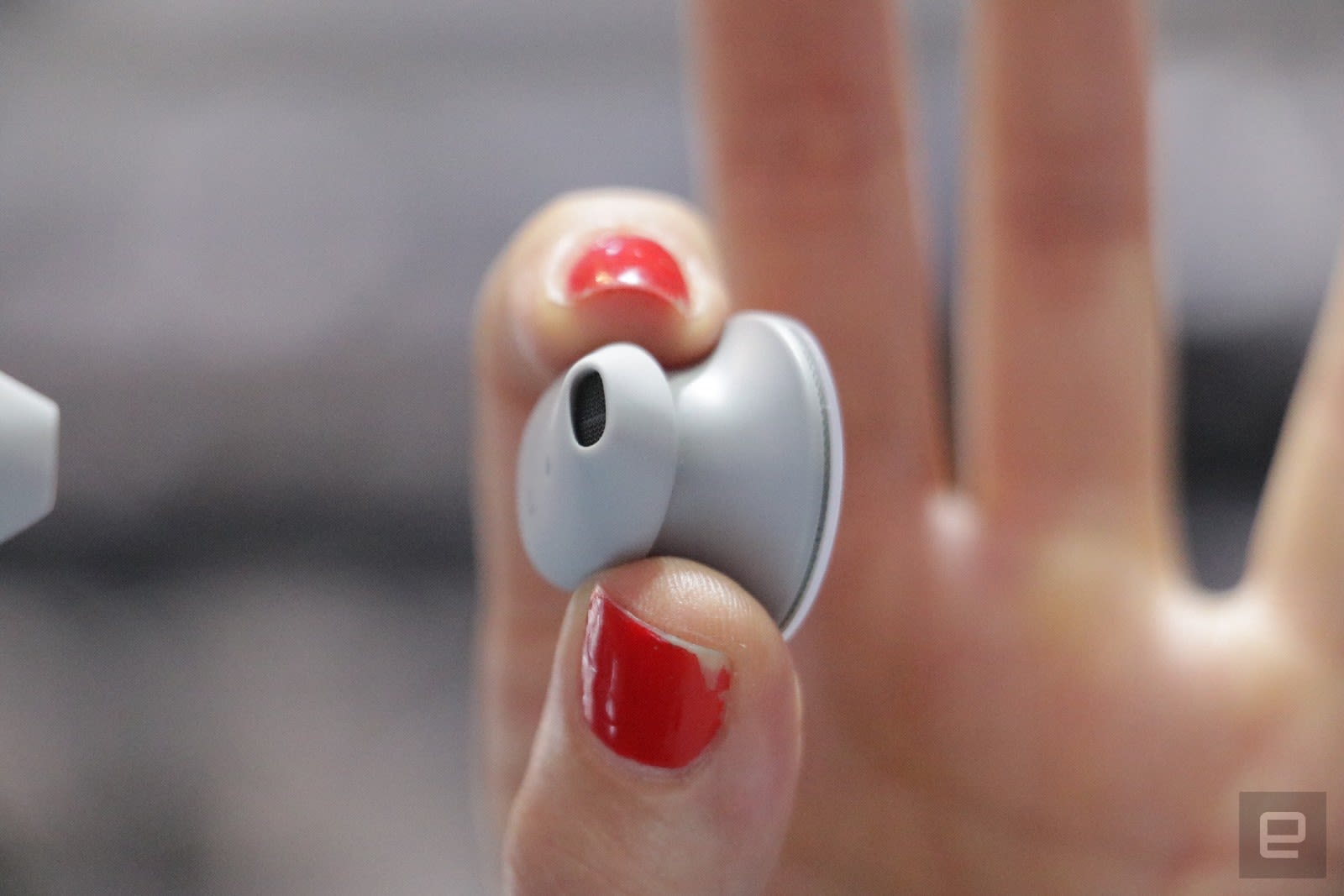 Now, I’d be remiss if I didn’t at least acknowledge the fact that these things look… weird, to say the least. They remind me of the dongle that was implanted into the neck of Dr. Peter Dawson in the Black Museum episode of Black Mirror. Basically, it looks like a surgical implant and you’ll probably turn heads wearing these in the subway, and not in a good way. But hey, people mocked the dangling sticks of AirPods when Apple launched that and now those are ubiquitous and folks no longer care.

The good news is that the Surface Earbuds’ large disc-like exterior make for a roomy, easy-to-use touch-sensitive panel. You can slide up or down to control volume, double tap to play or pause music and swipe forwards or back to skip or rewind tracks. Hold your finger down on the panel, and you activate a voice Assistant. Depending on the device you’re connected to, this could be Cortana or Google Assistant. Yes, the Earbuds can be paired to your PC, Android phone or iPhone. On Android, there’s a Spotify integration that launches the music app with a triple tap. Otherwise, these function like regular Bluetooth headphones.

When synced to a Windows 10 laptop, the Earbuds are a lot more useful. You can use them to live caption your PowerPoint slides, for example. The app will detect that you have the earphones paired and automatically suggest you enable its extra features. I launched a presentation after the buds were linked, and the words I said after that were transcribed onto the screen below each slide. This happened with a slight delay — what I said appeared about a second or sometimes two after I spoke. A Microsoft rep told us this might be because of the event’s congested WiFi network, since the feature is reliant on an Internet connection. Other features coming soon include live translation, but we didn’t get to see this in action.