realme has announced to launch a new smartphone in its X series. This new phone called realme X2 will be launched on September 24 in China. It will also come to India very soon and with a different name, maybe realme XT 730G as they announced on realme XT launch event.

This new phone from realme has similar specifications as the realme XT, and the only changes are the hardware, 32MP front camera, and 30W VOOC 4.0 flash charge.

The new realme X2 will sport a similar design to the realme XT. It will pack a glass back body with a gradient pattern. Dimensions of this phone will be same as the realme XT i.e. 158.7×75.2×8.6mm and its also goona weigh 182g. 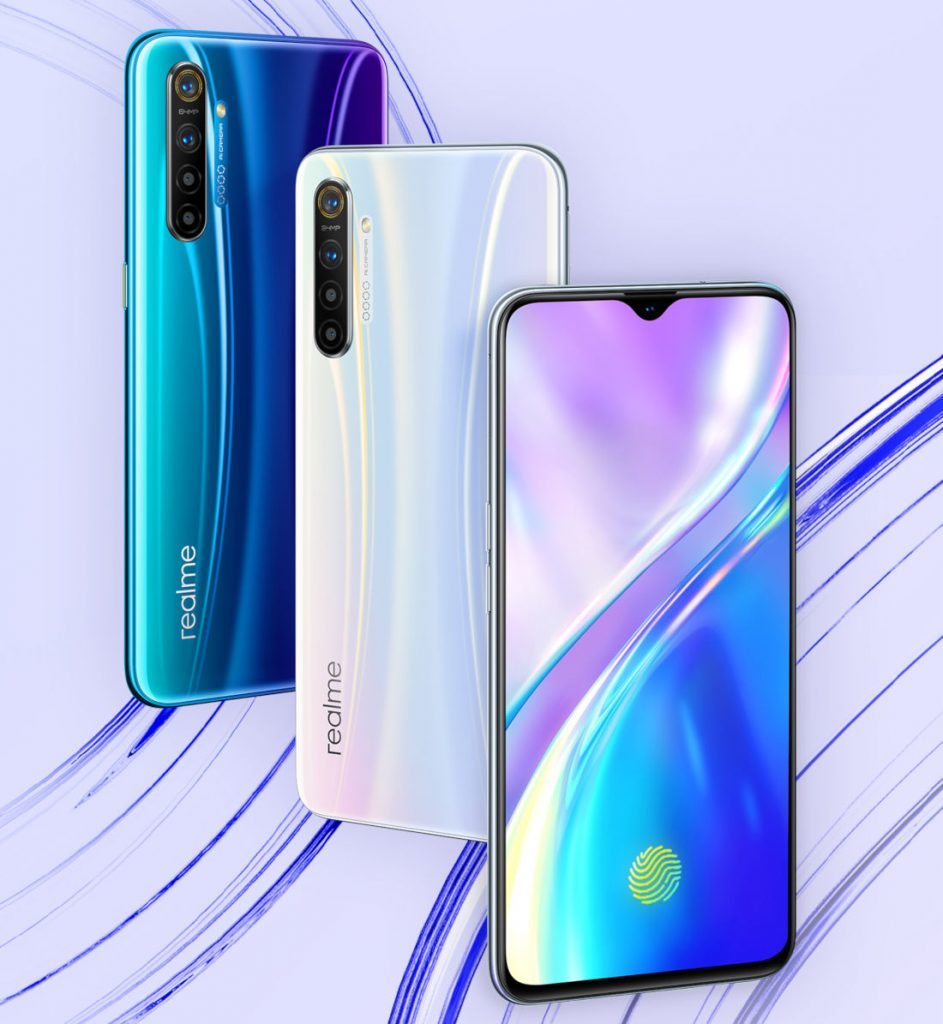 At the front, this phone will also sport a 6.4-inch Full HD+(2340×1080 pixels) AMOLED display with Gorilla Glass 5 protection. It will also have an in-display fingerprint sensor.

The realme X2 will be powered by the new gaming-focused Snapdragon 730G processor with Adreno 618 GPU. It will be paired with up to 8GB LPPDDR4x RAM and up to 128GB UFS 2.1 storage. The storage will be expandable up to 256GB with microSD. The smartphone will run on ColorOS based on Android 9 Pie. 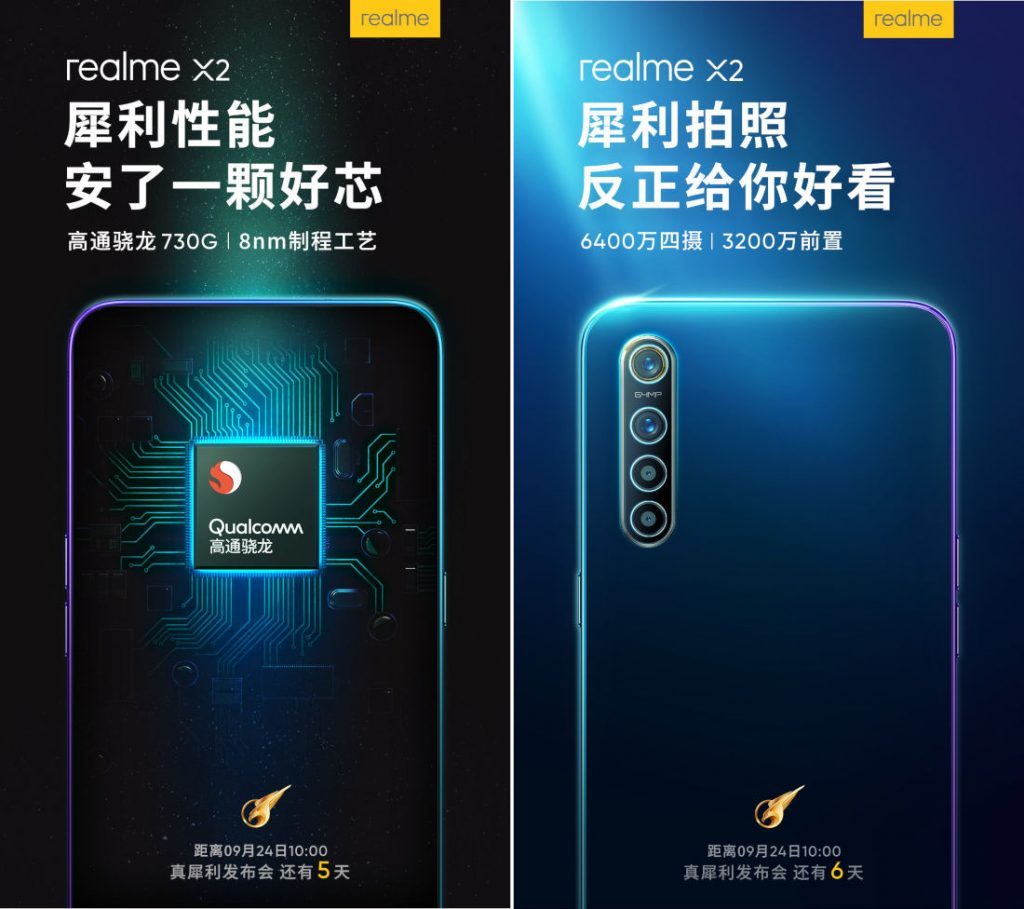 The upcoming phone will have the same quad camera set up as the realme XT. So, it will also include a 64MP Samsung GW1 sensor with f/1.8 aperture, an 8MP 119° ultra-wide-angle lens, a 2MP depth sensor, and a 2MP 4cm macro camera.

The realme X2 will come with a 32MP front-facing camera, unlike the 16MP front camera in realme XT.

It will pack a 4000mAh battery, similar to the realme XT. However, this phone will come with 30W VOOC 4.0 fast charging support. OPPO introduced its new VOOC 4.0 Flash Charge fast charging a few days back and this is an upgrade to 20 W VOOC 3.0. 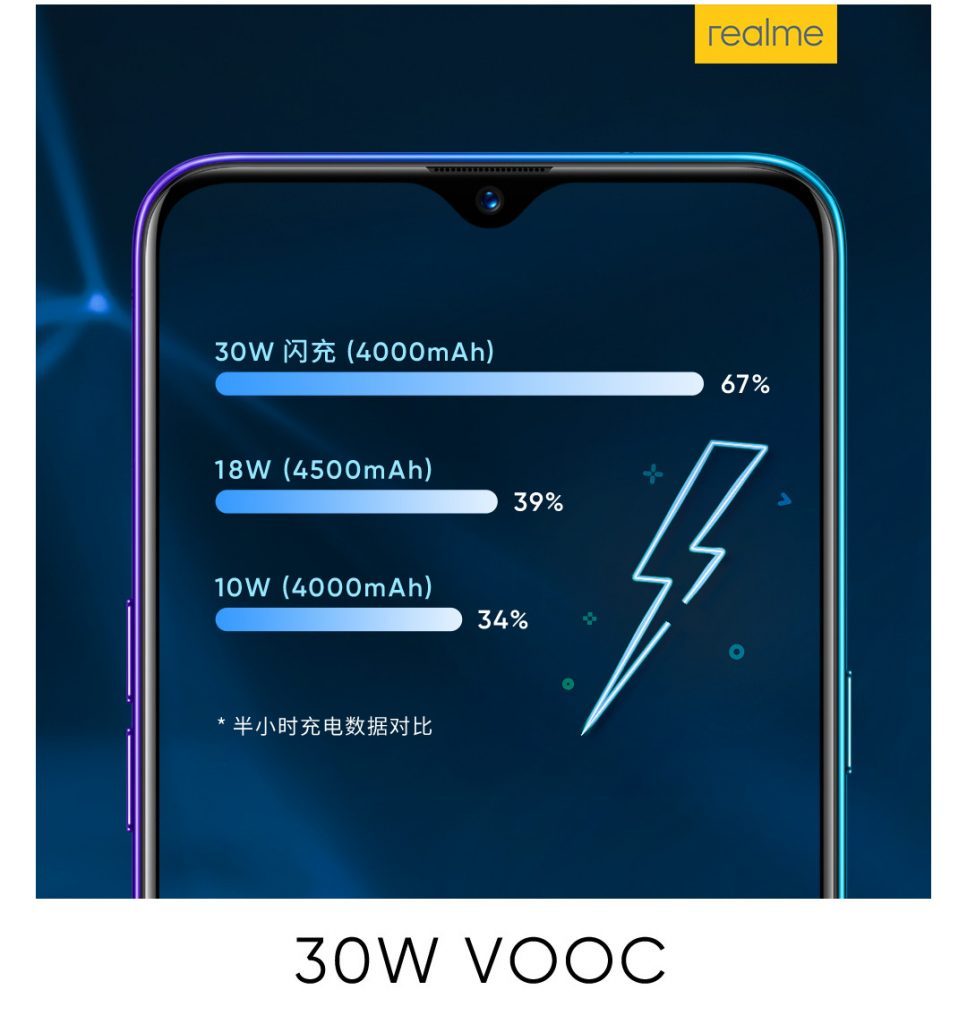 Now realme has confirmed that realme X2 will support the VOOC 4.0 fast charging technology. The 30W charger will charge a 4000mAh battery to 67% in 30 minutes and 100% in just 73 minutes which is 12% faster than the previous generation.

realme has confirmed that it will launch the new realme phone in China on September 24. If we talk about its India launch, as announced at the realme XT launch event by the company’s CEO Madhav Sheth, the Realme XT 730G will come to India in December.

We will update the realme X2 price when it goes official tomorrow in China.