WhatsApp is indeed the most popular instant messaging app, catering millions of users across the globe. So far, 2019 has been a productive year for the Facebook-owned company, and it has rolled out a bunch of new features, including WhatsApp stories, Delete for everyone, Group calling shortcut, and more.

However, certain essential things were missed out. And now, the company is planning to bring some significant upgrades to its platform, nearing the year-end. Having said that, here are seven upcoming WhatsApp features intended to arrive sooner or later this year. 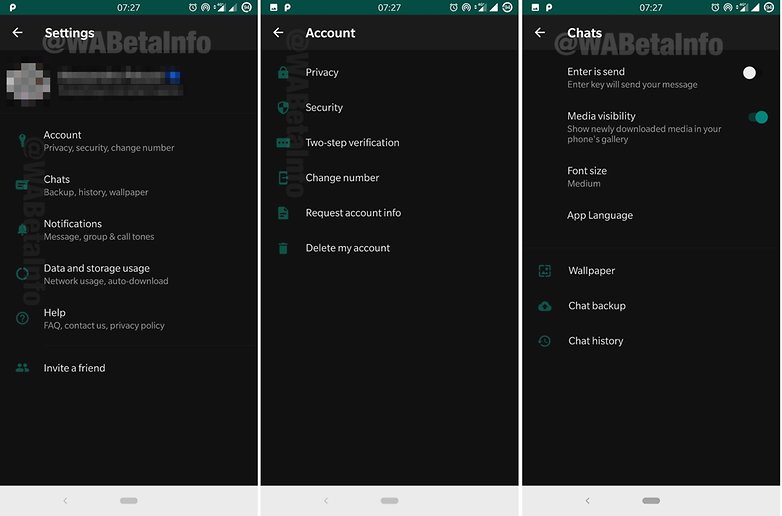 Dark mode has lately made its arrival on iOS 13 and Android 10, followed by majorly of Google apps and Facebook’s messenger. Following the same, WhatsApp, too, is working on it, and a full-fledged dark mode could soon make an appearance on the messaging platform’s stable version. As of now, it’s already been spotted by a number of users running on beta.

Currently, WhatsApp allows its users to mute status updates from particular contacts. However, the stories are still visible in the user feed in a greyed out section at the bottom, dubbed as “Muted updates.”

The new update will incur a slight modification to the feature and will allow users to hide the status from the feed completely. If in case the users want to view the hidden status, they can enable it with one-tap access in the settings.

Self-destructing or disappearing messages is going to be the next big thing on WhatsApp after Delete for Everyone feature. Just like Snapchat and Facebook messenger, it’ll now allow the users to send messages that self-destruct after a set period, say for time intervals ranging from 5 seconds to 1 hour.

According to WABetaInfo, the feature is in an alpha stage of development, and WhatsApp is just starting to work on it. At the moment, no information regarding ETA is available to know when the feature will be available for everyone.

As of now, the contacts list on WhatsApp is arranged in alphabetical order. However, with the new Contact Ranking feature, you’ll be able to see all your favorite contacts on top all the time, sorted on the basis of your interaction level.

Amongst other features, WhatsApp will also get Instagram’s Boomerang feature that will allow users to play a video in the loop. The new option will be made available in the Video Type panel along with the convert to GIF feature.

Google Assistant has been using mainstream mobile network calls as its preferred method of calling, making it useless for people who rely on WhatsApp’s VoIP calling. Soon, the upcoming WhatsApp feature will let users make audio and video calls on WhatsApp through Google Assistant. For this to work, Android users will just have to update the WhatsApp and the Google Assistant app.

WhatsApp is currently available on very limited platforms with restrictions of one account on one device at a time. It does offer a web version incarnated into an app, but then again, it’s based on WhatsApp web, which apparently mirrors your phone on the desktop.

That said, the instant messaging company is now said to be working on standalone apps for PC and tablets. And the new update will allow users to access the app through the phone as well as a secondary device at the same time. If rumors are to be believed, the dedicated app will make its first appearance on iPad, likely after the launch of new iPadOS.

So these were some of the upcoming WhatsApp features that are said to debut the messaging platform in the coming months. Anyway, what feature are you excited the most for? Let us know in the comments below. Also, feel free to reach us in case of any doubts or queries.

Also, read WhatsApp Fingerprint Lock Feature Now Available for Android; How to Get it.