For the last year, I’ve used one headset more than any other. That’s the HyperX Cloud Mix, which is the company’s Bluetooth-capable wireless gaming headset. Now, however, I’ve swapped out that device and replaced it with itself: the HyperX Cloud Mix Rose Gold.

This new Cloud Mix is essentially the same headset as last year’s, and most of my original review still applies. So instead of doing that again, I’m going to talk about why I’m still using the Cloud Mix and how much I like the new color.

The HyperX Cloud Mix Rose Gold is available to order now for $200.

I’m a heavy user when it comes to earbuds, headphones, and headsets. And what I’ve discovered is that most devices can’t stand up to that for very long. But I’ve used the Cloud Mix almost every day for more than 11 months, and it isn’t just hanging in — it still looks and feels like a new product.

The decals, button labeling, and other details haven’t started wearing off. The battery still lasts through a weekend of nonstop heavy use. Each button is still responsive and functioning.

For me, this is a great sign because so many other headsets and devices that I use fail me after six months. Sure, you can save some money by going with a similar Bluetooth headset, but I, personally, wouldn’t.

HyperX’s Cloud Mix still sounds great. I love how comfortable it is and how easy it is use. 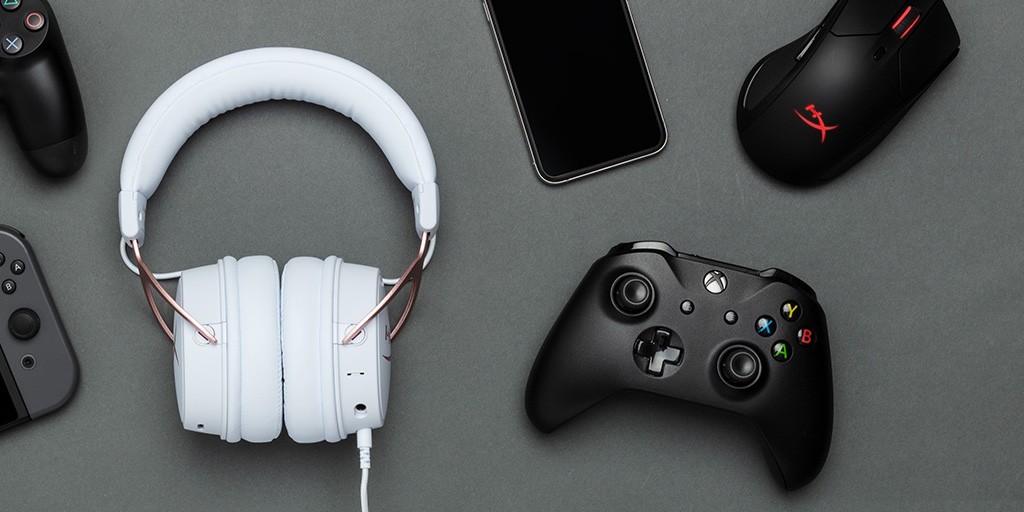 Above: HyperX’s Cloud Mix gets an update with a new color.

It’s also versatile. The built-in microphone is great for taking calls on the go. And then you can go wired and plug in a boom mic for use on console or PC.

But now I can also confirm that it is durable enough to withstand hours of nonstop use each and every day. To me, that pushes an already great headset into a category all by itself.

I always liked the look of the black Cloud Mix. In the original review, I said it is “understated with brilliant design.” And that made it something that you would feel OK about wearing in public as your phone’s audio-consumption device.

But HyperX amplified the style by several notches with the new Rose Gold color. The device no longer fits into the world in a pleasing way — instead, it is an aesthetically attractive piece of fashion.

The white along the earcups and headstrap looks crisp and like it is using high-quality materials. And now instead of getting a splash of color from the gray logo and silver chassis, you get Rose Gold. And it looks so damn lovely.

Only possible downside of the updated look is that it might not match as many of your outfits. The black Cloud Mix probably “goes with” more of your wardrobe. But I’m OK trading that for having such an excellent headset with such a stunning style.

Get the Cloud Mix

For anyone who plays a lot of games and listens to a lot of music or podcasts, I’m not going to hesitate to recommend HyperX’s Cloud Mix. I know that $200 is at the high end of the budget spectrum for a lot of people. But the headset has won me over so thoroughly that I’d be willing to push people to spend a little bit more to get it.

The sound, durability, style, and versatility make it tough for any other headset to match. You can use the HyperX for every device in your life. Get the Cloud Mix instead of a pair of dedicated headphones and then a separate gaming headset. I mean — you can do that if you have the money. But if you are trying to get the biggest bang for your buck, the Cloud Mix is it.

The HyperX Cloud Mix Rose Gold is available now for $200. HyperX sent GamesBeat a sample unit for the purpose of this review.